Designed for pro stage players and discerning tone afficionados, the Nextone series elevates boutique-grade guitar amplification into the modern era. Backed by Tube Logic, Nextone amps offer sound and feel that rivals the finest tube amps, coupled with distinct advantages for today's players. If you're serious about your guitar sound, the Nextone series is made just for you.

Selectable Power Stages — Nextone amps feature four selectable analog class AB output stages based on the four benchmark output tube types. With the turn of a dial, you can instantly reconfigure the tone, feel, and sonic character of your Nextone to best suit the music you're playing.

Deep Sound Customization — Each Nextone amp provides access to circuit-level tweaks via panel functions and the Nextone Editor, giving you ultra-fine control over your personal sound.

Perfect Tone, All the Time — With variable power control, you can always ride in the sweet spot, from playing at home to performing on stages of every size.

Driven by BOSS's comprehensive Tube Logic approach, the Nextone series puts the inspiring feel and authentic response of classic tube amps under your fingers. Capturing the complex, highly interactive behaviors of the most revered tube designs in meticulous detail, Tube Logic delivers the musical magic that transforms a guitar amp into a living, breathing musical instrument.

While the power amp is the character center of any amp, the surrounding components complete the overall experience. From input to output, everything plays a role—the gain circuitry, tone stack type, cabinet, speaker, and more. They all interact together to create the final result, with the whole being far greater than the sum of the individual parts.

The basic modeling technologies found in other tube-less designs focus on individual amp sections, and ignore how they all interact together. In contrast, the Tube Logic approach regards amplification as holistic system that responds to everything the player puts in, fully realizing the organic and inspiring musical experience that tube amps are renowned for. 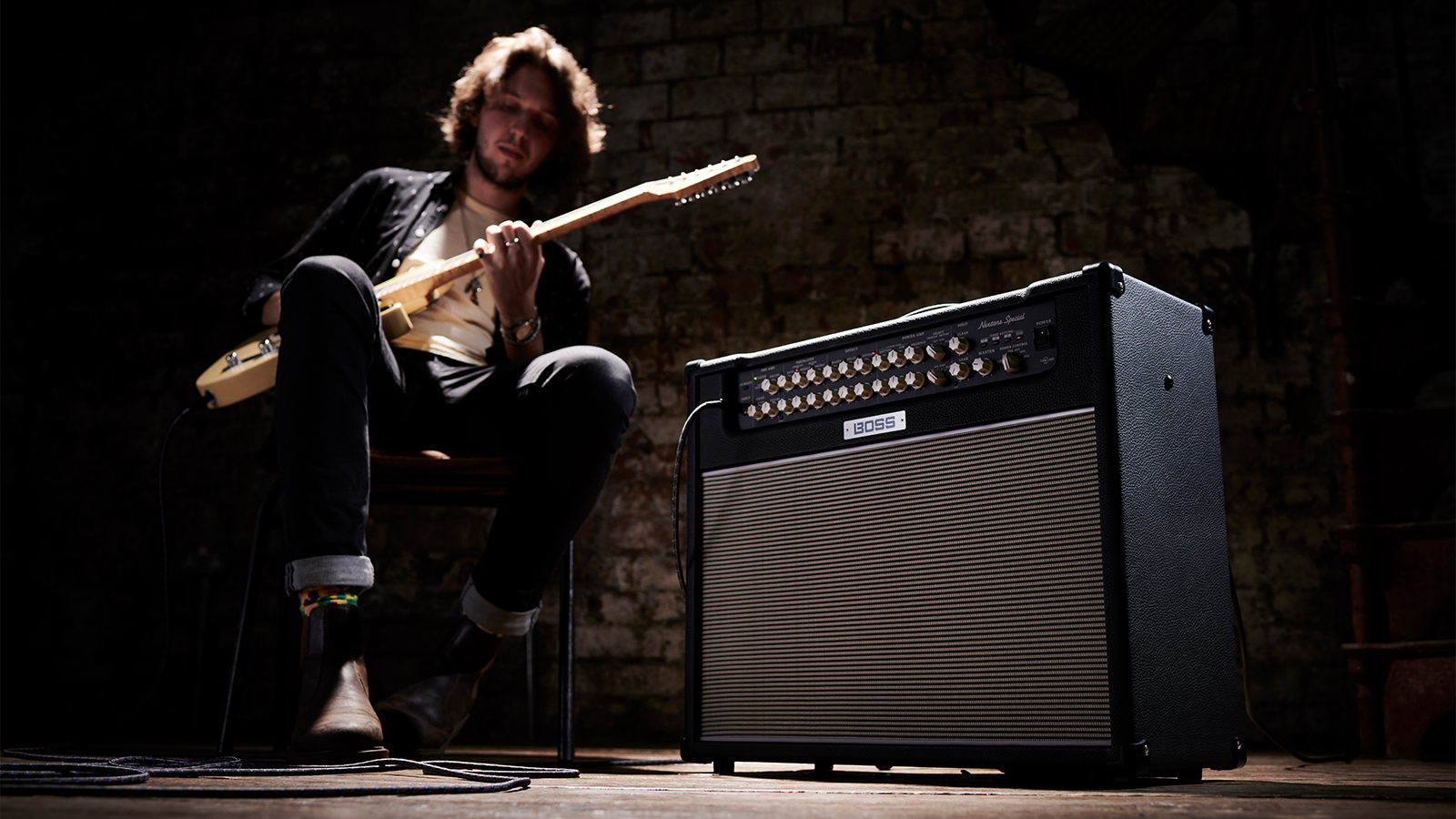 The Importance of the Power Stage

The preamp is the most visible section on any guitar amp, offering basic controls to dial in the desired tonal curve. But it's the power amp section that's the true beating heart, providing the biggest impact on its overall presence, punch, feel, and response.

The most famous tube amp designs are based around one of four output tube topologies, and each has its own distinctive character. The EL84 tube circuit significantly contributes to the chime of certain British combo amps, while the EL34 circuit features large in the fat midrange roar of the iconic British stack. The 6V6 circuit plays a big role in the sweet distortion of low-wattage American combos, while the mighty 6L6 circuit in higher-powered American amps is favored for its authoritative punch and big transient headroom. 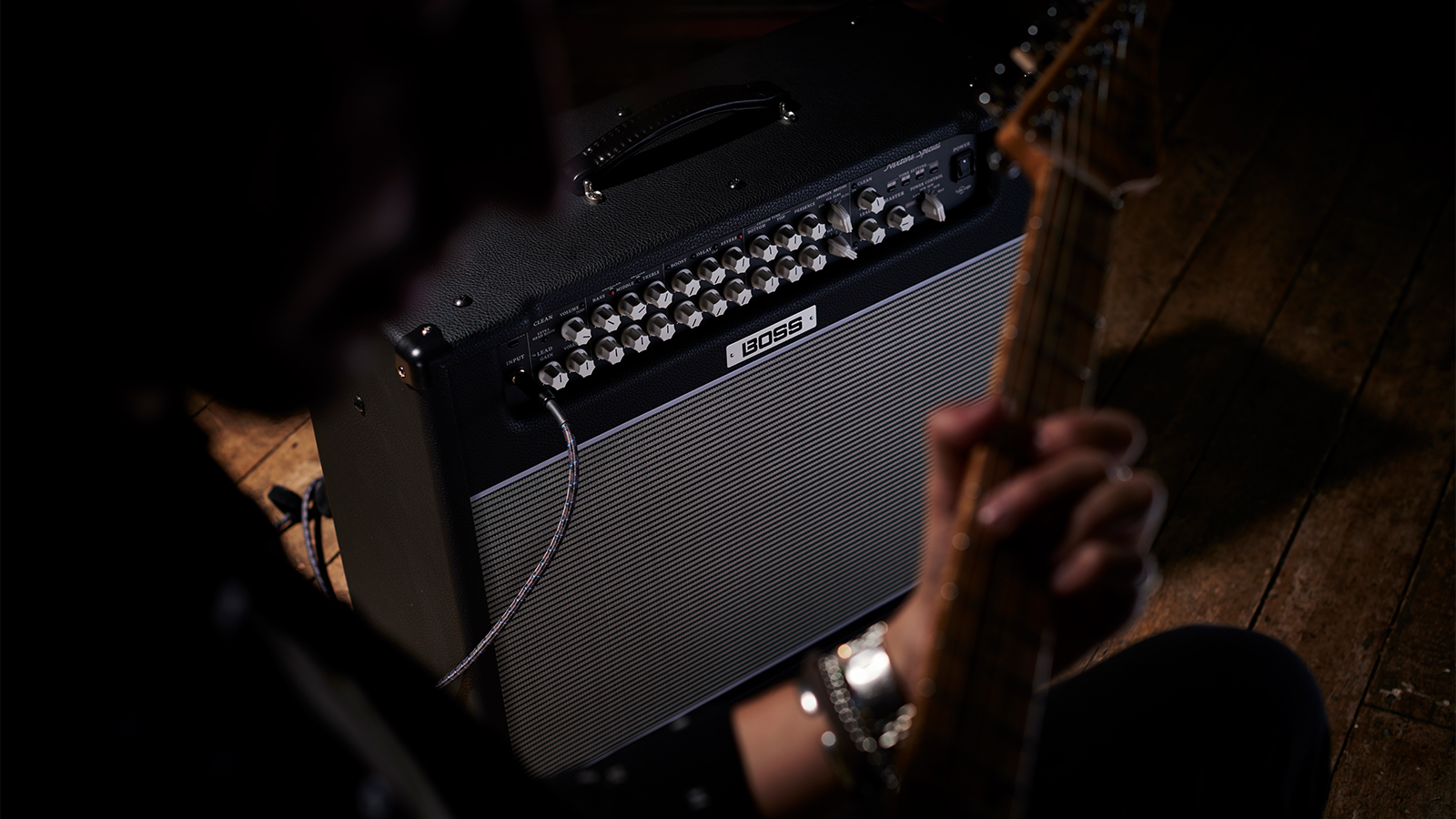 Four Amps in One

The needs of modern guitarists are diverse and varied, and a specific amp type is often the best choice for a certain style or application. With a Nextone, you have the four top tube power choices available in a single amp, giving you the right sound and response to take on any musical situation. Selecting a power amp type physically changes the complete output circuitry, as well as the way the preamp and speaker interacts with it. This makes the entire amp perform authentically at each setting, providing realism that's only possible with the advanced Tube Logic approach.

Nextone's reactive drive power amp circuits are carefully tuned to react seamlessly with every nuance of your musical expression. And unlike the stiff, flat-response class D amps found in most tube-less designs, every Nextone power stage is a discrete analog class AB circuit that delivers both inspiring feel and the dynamic punch you need to cut through and sound your best on stage. 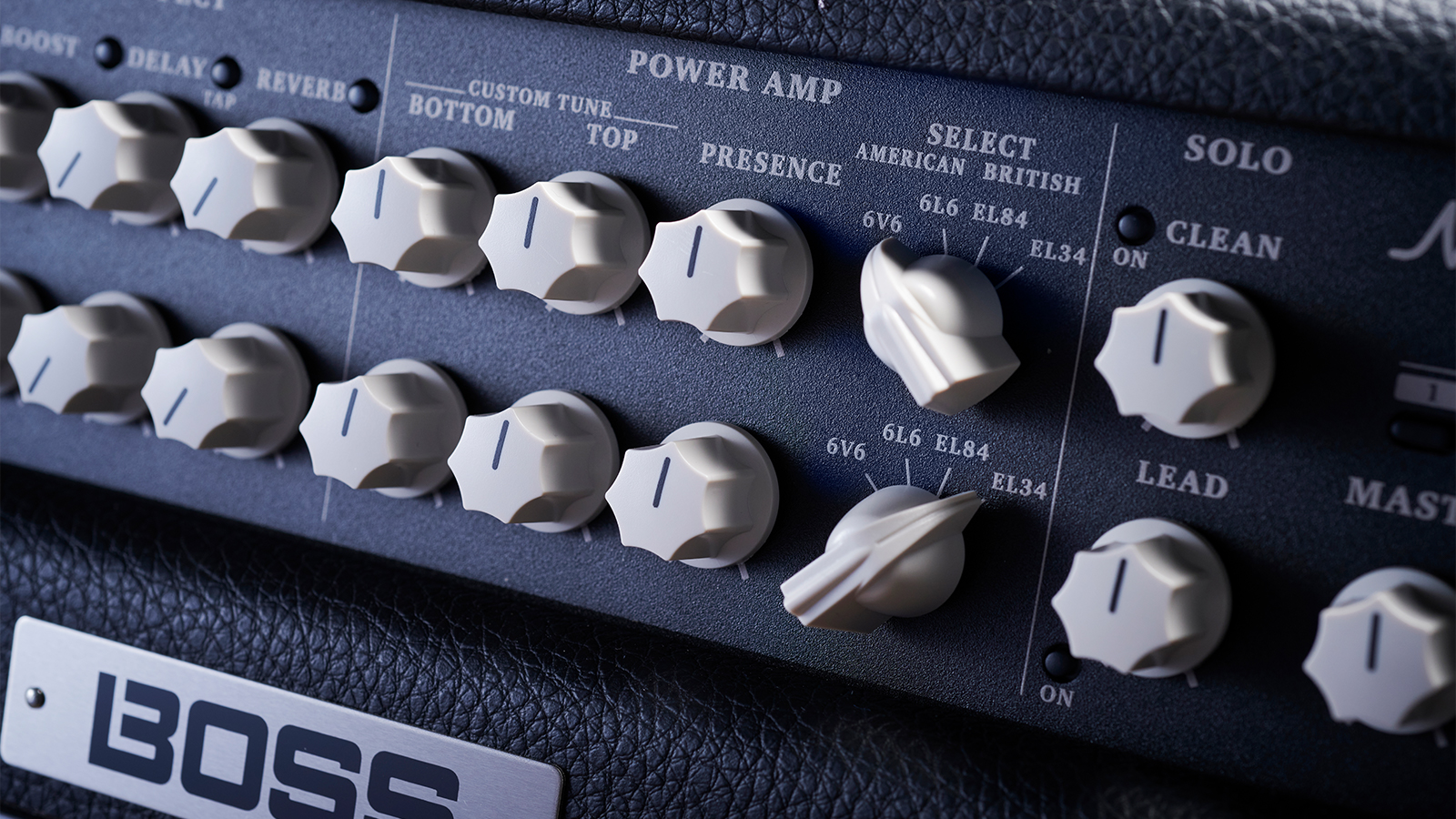 The combo cabinet in each Nextone amp is carefully tuned for optimum projection and feel, and designed to ensure the ideal interaction between all sound elements. The top-of-the-line Nextone Special also features the premium Waza B12W speaker for the ultimate sonic experience. Based on sought-after alnico “blue bell” speakers from the 1960s, the B12W produces a wide tonal range with modern power handing capacity. Offering rich lows, sweet mids, and clear highs, the speaker's broad sound spectrum maximizes the versatility provided with the four selectable power stages. 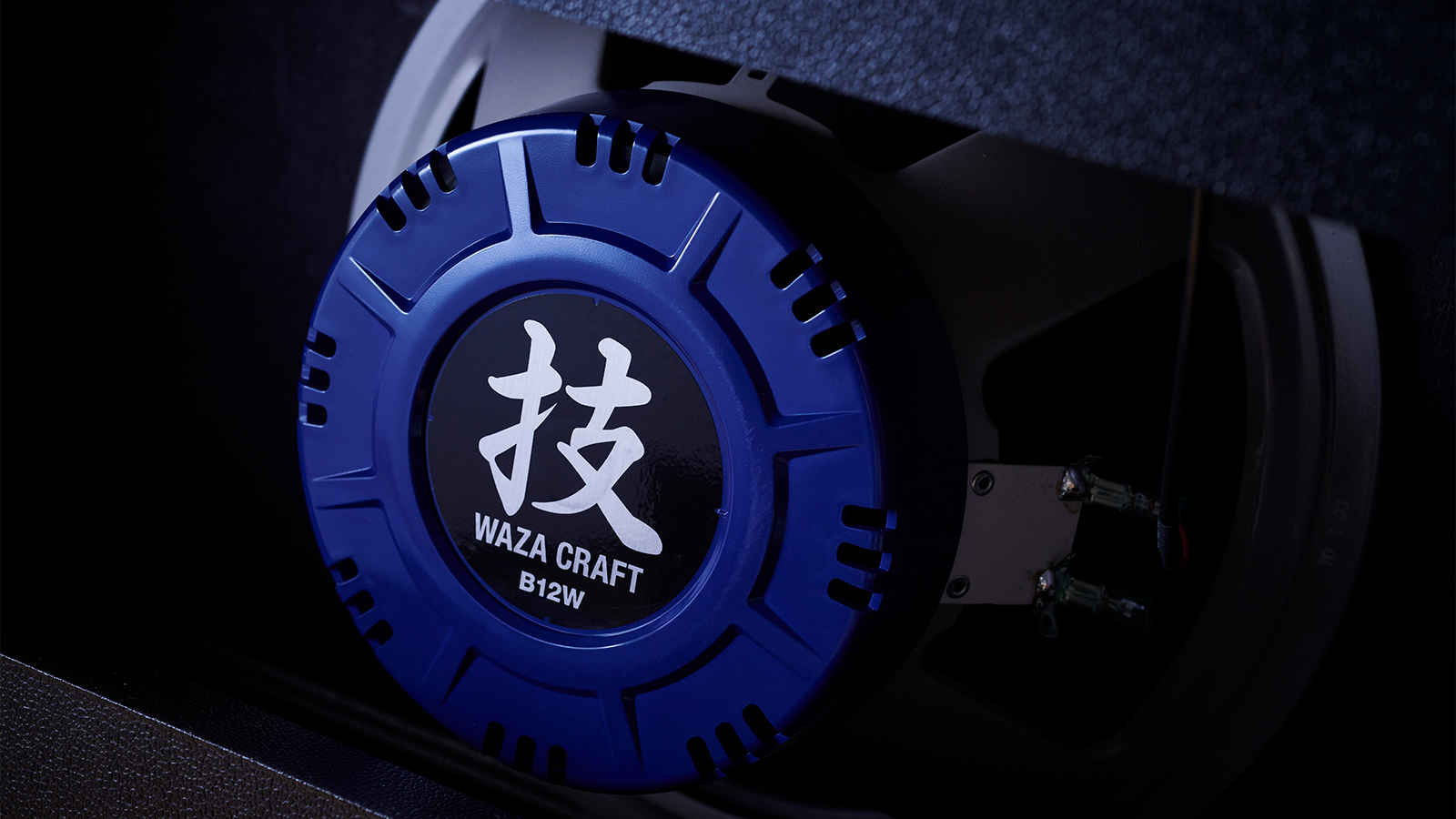 Some high-end tube amps provide a few panel switches for fine-tuning the tone for specific instruments and playing styles. The Nextone series goes much further, unlocking access to deep customizations that would normally require under-the-hood work by an experienced amp technician. The Nextone Special offers three Tone Setting memories for storing favorite sounds, while the Nextone Artist and Stage models allow you to save one custom clean/lead channel setup.

Using panel controls and/or the Nextone editor for Mac and Windows computers, you can adjust sag and bias, select American or British tone stacks, tweak power stage response with character controls, and apply two different EQs in the preamp section. It's also possible to change the character of the Tone switch, assign one of eleven different gain options to the Boost switch, and make numerous adjustments to the onboard effects.

The flagship Nextone Special also includes a unique “custom tune” section that provides unprecedented tonal control over the amp's power stages at a core level. Thanks to Tube Logic, you're able to perform these sophisticated tweaks with two simple panel controls.

Top – Because of its position in the preamp circuit, the tone stack's treble control has a significant effect on the amp's input gain structure and distortion amount. The Nextone Special's Top control is placed later in the circuit—right before the push-pull power amp section—allowing you to soften or brighten the sonic contour without affecting gain.

Bottom – While the tone stack's bass control affects the fullness of the sound and interacts with the input gain, the Nextone Special's wide-ranging Bottom control directly interacts with the power amp stage to give you deep control over the amp's overall richness and dynamics. At lower settings, the bottom is fuller and notes have maximum bite. As the knob is turned up, low frequencies are reduced and the sound becomes more tight and focused. 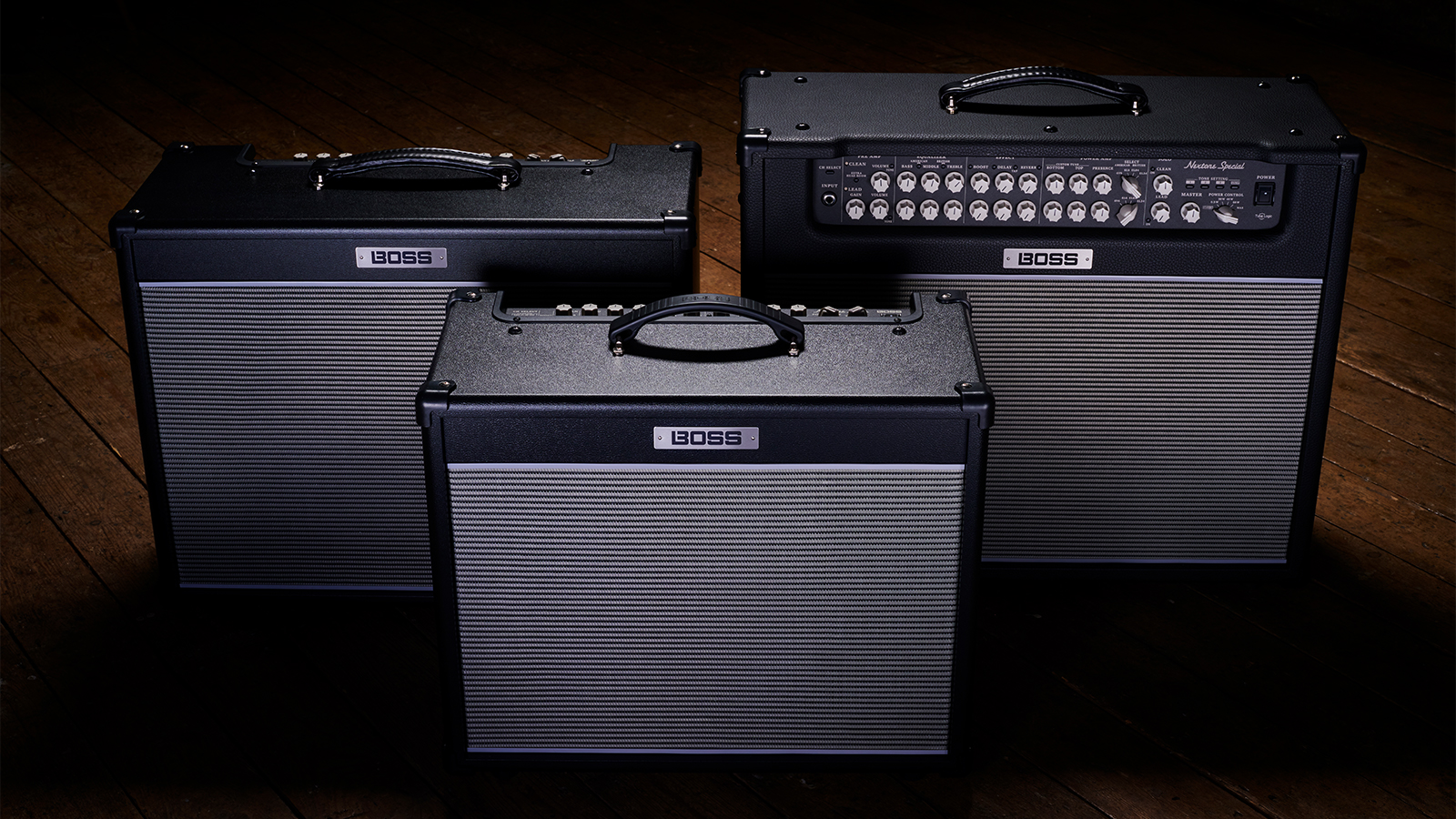 Ride in the Sweet Spot Everywhere You Play

As every tube amp player knows, you really need to turn up the volume and push the output tubes to get the amp to open up and sound its best. But cranking an amp to its sweet spot is not always possible, whether playing at home, in small venues, or on modern quiet stages with in-ear monitoring.

Every Nextone amp has a variable power control built in, allowing you to get those coveted cranked-amp tones at any volume. The Nextone Artist and Stage models offer three power control steps, while the Nextone Special provides five steps for even finer sound control. Unlike simple attenuators found in other amps, Tube Logic enables the power stage to operate at full power even when the output wattage is lowered. The wattage is dropped inside the power control circuit itself, making high-load behavior and low volume work smoothly together with no tonal compromises. 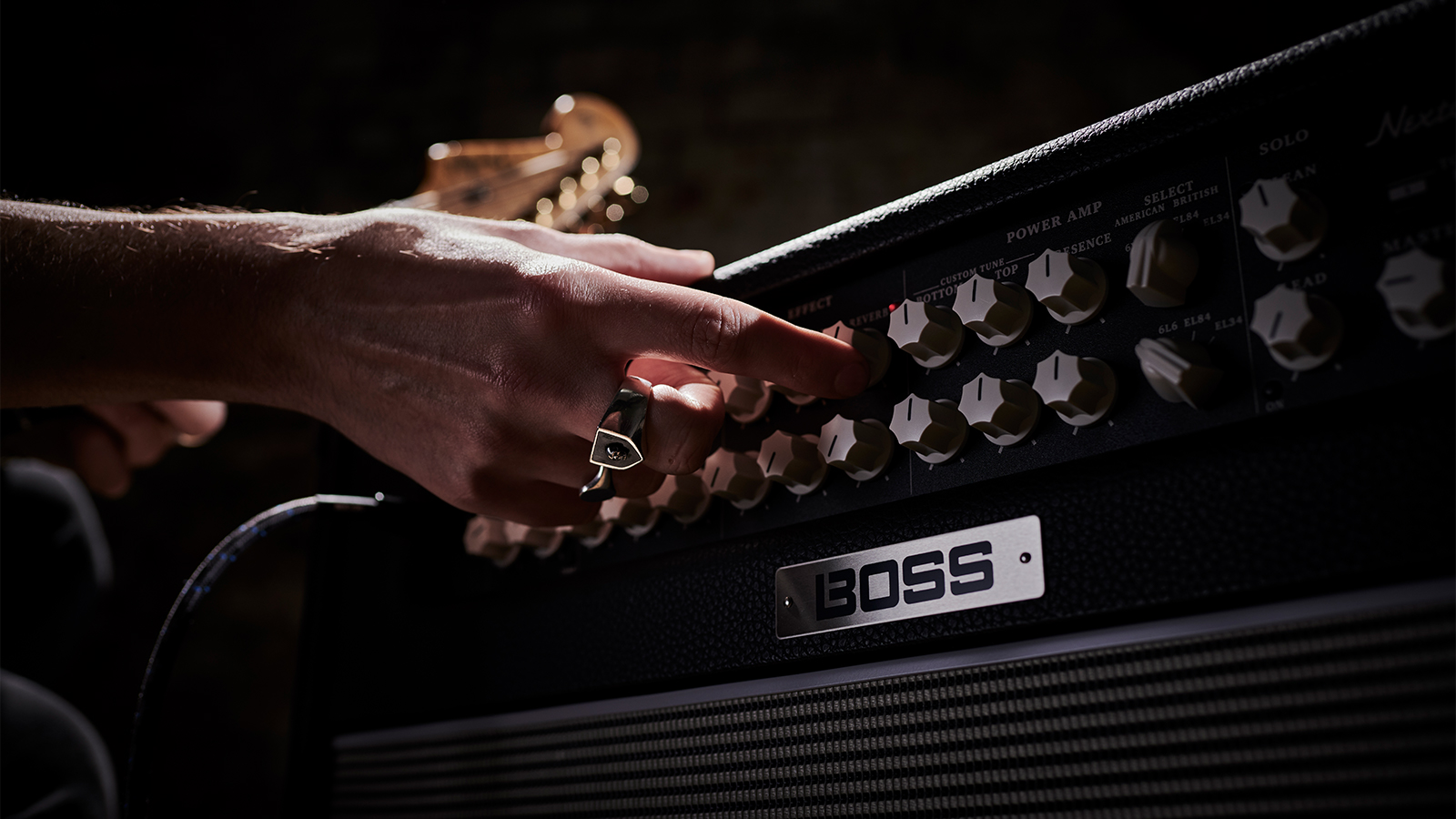 Tube guitar amps are great. But they require regular maintenance to keep them running at peak performance, and their sound can be negatively affected by tube wear, AC line conditions, and more. With a Nextone amp, you get all the benefits of authentic tube tone without the downsides. The sound is always solid and consistent wherever you play, and you never need to worry about a tube going out on the gig. As a bonus, the weight is reduced over a typical tube combo, making load in and load out much easier.

Nextone amps also feature loads of connectivity for modern performance and music production. Hands-free operation of channel switching and other functions is supported via the GA-FC foot controller and standard BOSS footswitches, and the Nextone Special supports MIDI control as well. There's a loop for patching in effects, plus the ability to send a direct feed to the house PA, complete with mic'd cab tone. A phones/recording output is available for silent practice and tracking sessions, along with USB for direct recording and communication with the Nextone editor. And with external speaker jacks, can connect up to two 16-ohm 4x12 cabs for even bigger tones. 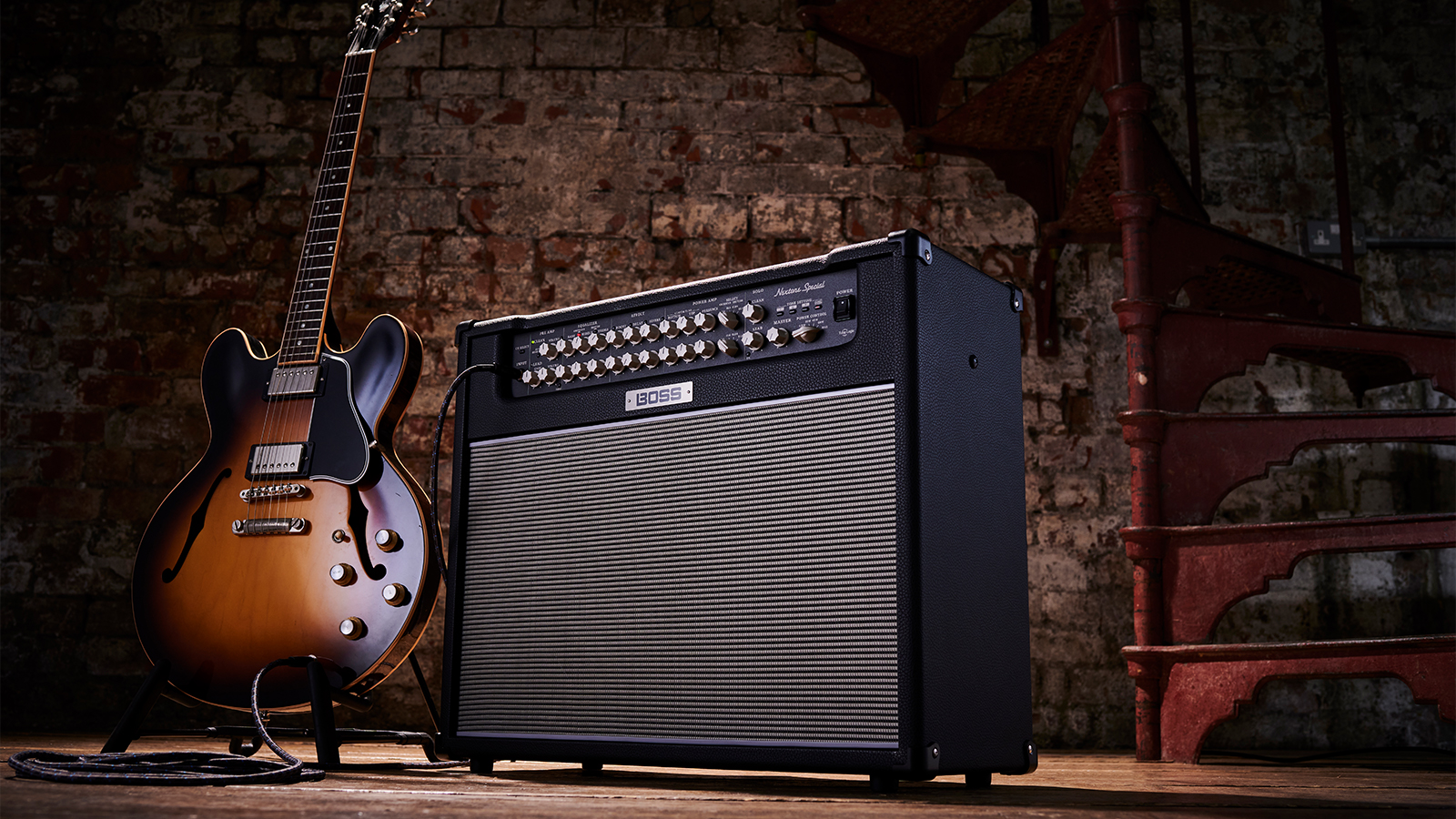