In 1983, BOSS introduced the TU-12 — world’s first automatic chromatic tuner. We take it completely for granted these days, but a tuner that automatically sensed and displayed the pitch of the note you were playing was truly revolutionary back then. The TU-12 came with an accuracy of +/- 1 cent (that’s 1/100th of a semi-tone). With the human ear only being able to discern tonal differences of 5 cents and above, it’s quite literally more accurate than your ear!

The combination of LED display with a traditional tuning needle meant that the TU-12 was extremely quick and responsive to subtle changes in tuning. It also had a built-in condenser microphone for tuning acoustic instruments.

It was designed to fit perfectly in the top of your BOSS BCB-60 pedalboard, or you could just attach it to your pedalboard like many professional musicians do. This combination of tuning and display accuracy, as well as practical/portable form factor made the TU-12 the choice of professionals worldwide, from players to luthiers and guitar techs alike during its 25 year tenure. 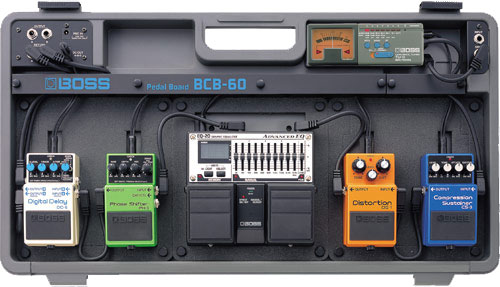 In 1998, BOSS once again created a new industry standard with the TU-2 — the first compact pedal tuner. With a Mute/Bypass switch for silent tuning, a 7-segment LED display for easy tuning on dark stages, and support for flat tuning up to two semitones below standard guitar or bass pitch, the TU-2 was what gigging players had been waiting for.

Interestingly enough, the TU-2 had been ready for some time before it was finally released, as BOSS were unsure whether there was sufficient demand for a pedal tuner. Upon release it proved an instant smash hit! The impact of the TU-2 cannot be understated — it has probably graced almost every pedalboard and stage in the world at one point or another. 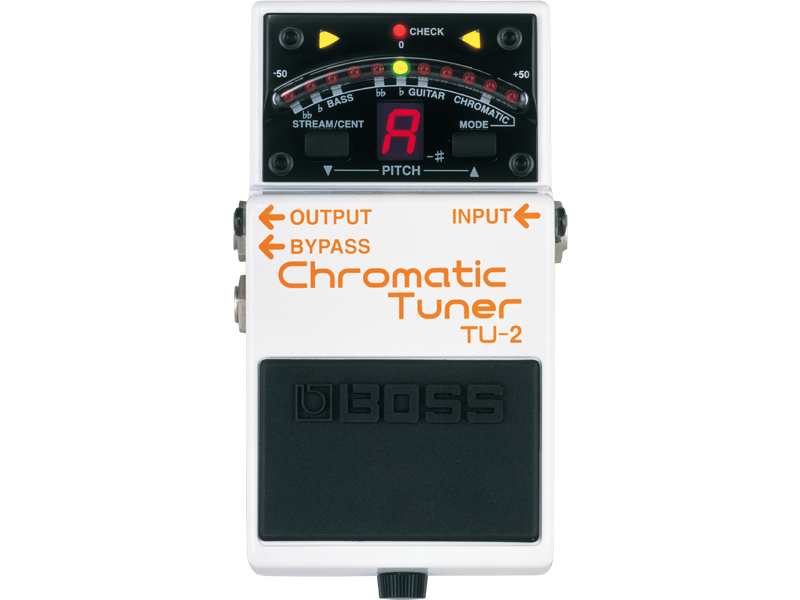 With these two pioneering products in mind, let’s take a look at some of the other highlights in BOSS tuner history.
TU-2 remained the world’s go-to guitar tuner until 2009, when the TU-3 was introduced. Loaded with a brighter, higher resolution tuning display, and bringing its tuning accuracy back up to +/-1 cent, the TU-3 represents the next evolution of BOSS pedal tuners — designed to meet the needs of a new generation of players. With support for extended range guitars/basses and flat tuning up to six semitones below standard guitar tuning pitch, TU-3 sets a new standard for pedal tuners. 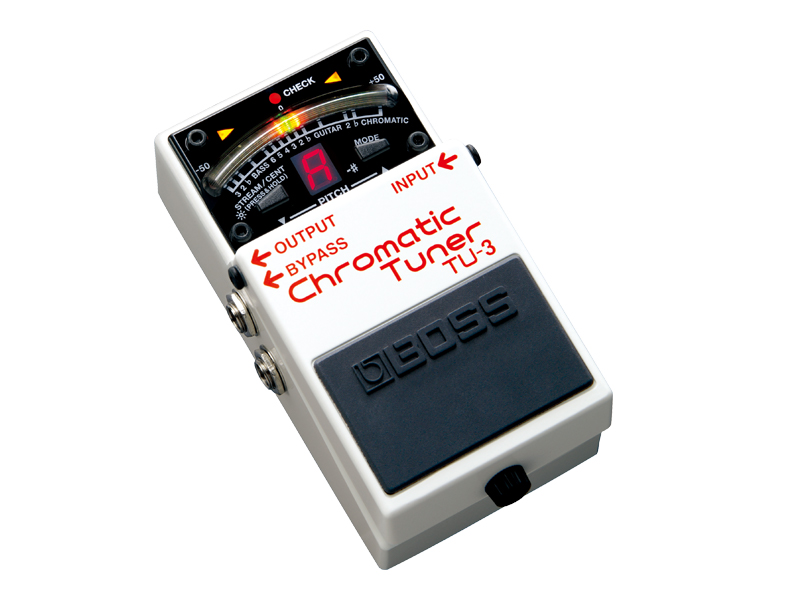 In 2016, tuners were back in black with the Waza Craft TU-3W. Not just a recoloured TU-3, the TU-3W features redesigned circuitry with a premium buffer, as well as selectable true-bypass operation to allow the most transparent audio pass-through in every setup. In keeping with the WAZA philosophy of combining engineering design experience with skilful craftsmanship, TU-3W isn’t just a great tuner — it’s a symbol of BOSS’ continuing dedication to achieving the finest guitar tones. 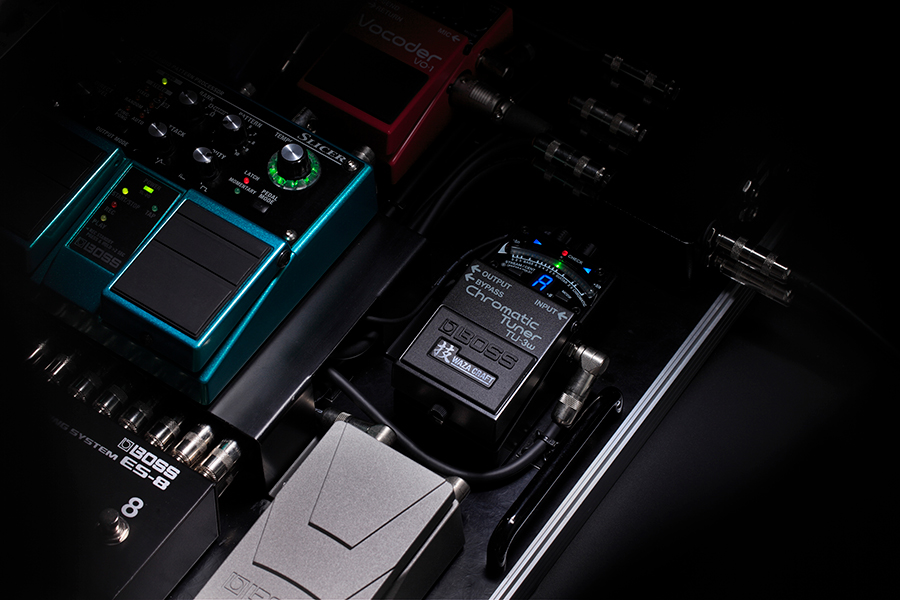 If pedalboard real estate is at a premium, at half the footprint of a normal BOSS compact, the TU-3S will help you squeeze in that last precious pedal. As pedalboards continue to get more space efficient, TU-3S literally fits in with that trend by being the first (and only) BOSS compact pedal — without an actual pedal! With the familiar, classic display intact, run it off the tuner-out on your volume pedal or just in-line with the rest of your board and you’re always ready to tune. 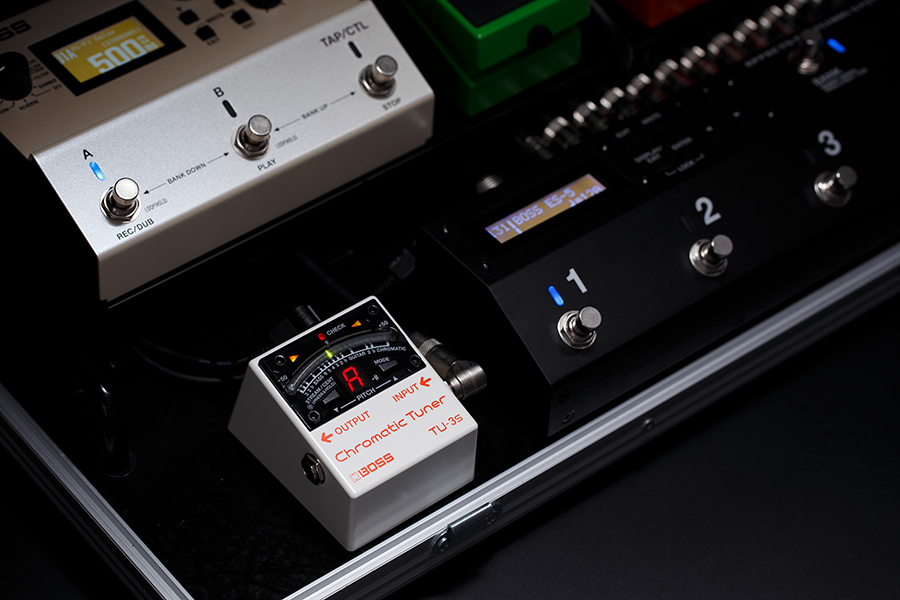 If you can’t spare a single inch of pedalboard real estate, but need BOSS reliability, roadworthiness and the accuracy of the industry standard TU-3 in compact form, the clip-on TU-10 is the perfect choice. Extended range players are fully catered for as well, with flat tuning up to 5 semitones below standard. With a vibrant, highly visible “true-colour” LCD screen incorporated into the robust one-piece body design, it truly lives up to its tagline as “the first clip-on tuner good enough to be a BOSS.” 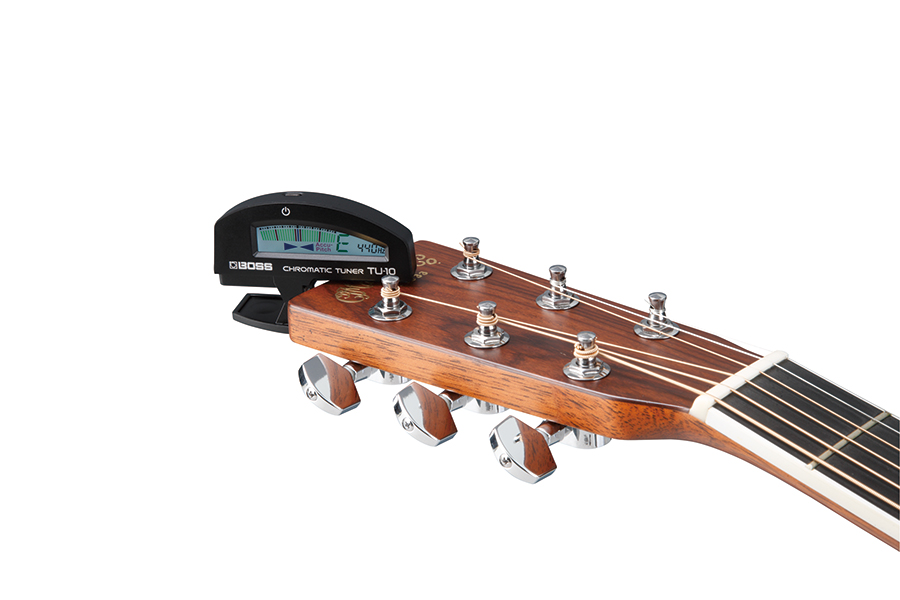 If you’re looking for a compact no-frills tuner, look no further than the TU-01. Weighing in at a mere 30g, it’s a no-brainer to leave it unobtrusively clipped onto your headstock, or throw it in your gig bag when you’re done. Great for guitar, bass and ukulele. 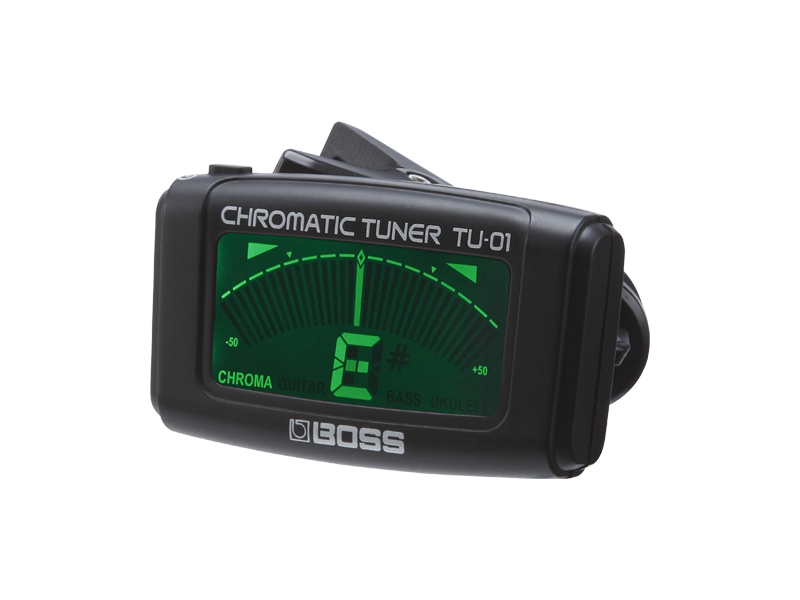 Brand new for 2018 is the TU-03, which builds on the ultra-portable form factor of the TU-01 by adding an in-built metronome for all your practice needs. Unlike most clip-on tuner/metronome combos (which usually just have an LED that flashes along to the tempo), the TU-03 features an in-built speaker so you can easily synchronise with the metronome.
It can be used as a straightforward chromatic tuner, or utilise the four instrument specific modes (guitar, bass, ukulele and violin). In Flat Tuning mode, the TU-03 supports up to two semitones lower than standard tuning. Long story short — the TU-03 will take you from practice sessions all the way to the gig!